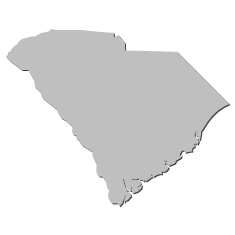 After filing a federal income tax return, residents of certain states are required to file a state return. States that assess individual income taxes have three options of how to do so, using either a joint, combined, or a version of the two filing systems. South Carolina opts for a joint filing system, which adds the separate incomes of both spouses in a married couple and taxes it as one single amount. This aligns with the federal government's theory that a family is a single economic unit.

South Carolina uses a resident's federal taxable income as a base for taxation, however there are a few exclusions about which sources of income are included at the state level. Residents should be aware of the major differences between the federal and state law.

Some income is not taxed at the state level. The following sources of income are exempt from inclusion in the tax base:

South Carolina follows the federal system in regards to itemized and standard deductions. Additional deductions for the following can save state residents even more money at tax time:

Since military reservists' income isn't taxed, expenses related to the occupation aren't eligible for deduction. Deductions at the state level are not limited by income, regardless of the amount. Residents are not eligible to deduct federal, state, or local income taxes.

eTax.com works with the IRS and state revenue services to bring you the latest tax laws, forms & schedules.